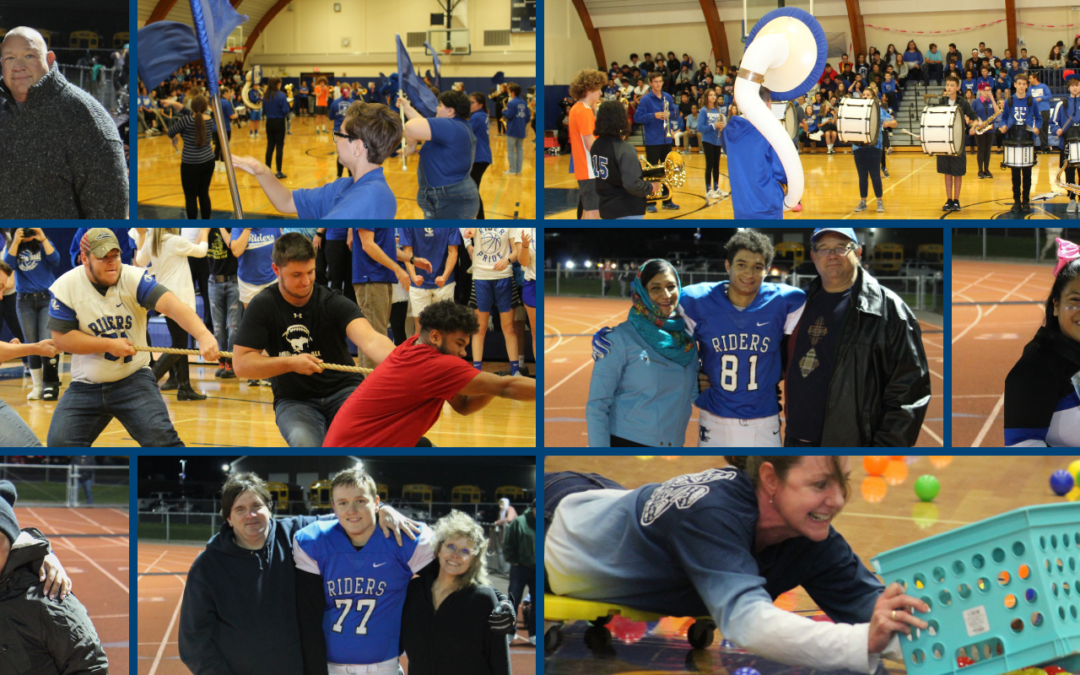 The Riders Marching Band performed the National Anthem and Seven Nation Army to an enthused crowd of high school students and staff at the October 18 Pep Rally. That evening, the Band joined forces with former band members and played in the first Homecoming Band Alumni event!  The students were treated to a quick meet and greet with ICC Alumni Cheryl (Gleason) Antalek (1996), Katie Raftery (2010), Karolyn Eberhardt (2010), Katie Brady (2011), Katie Noll (2011), Amanda Geiger (2015), Brandon Murdie (2017) and Tyler Garrison (2019). The Band wrapped up their part of the evening with a half time show alongside the ICC Cheer Team.

Congratulations to our Marching Band and Color Guard Seniors:

The high school students pumped up our Riders Varsity Football team with all their might at the October 18 Pep Rally before the Homecoming Game!

Later on that evening, it was also Senior Night on the football field and we honored the Class of 2020 students on the Cheer and Football teams before the game officially kicked off.

Seniors recognized on the Cheer Team were:

Seniors recognized on the Football Team were: