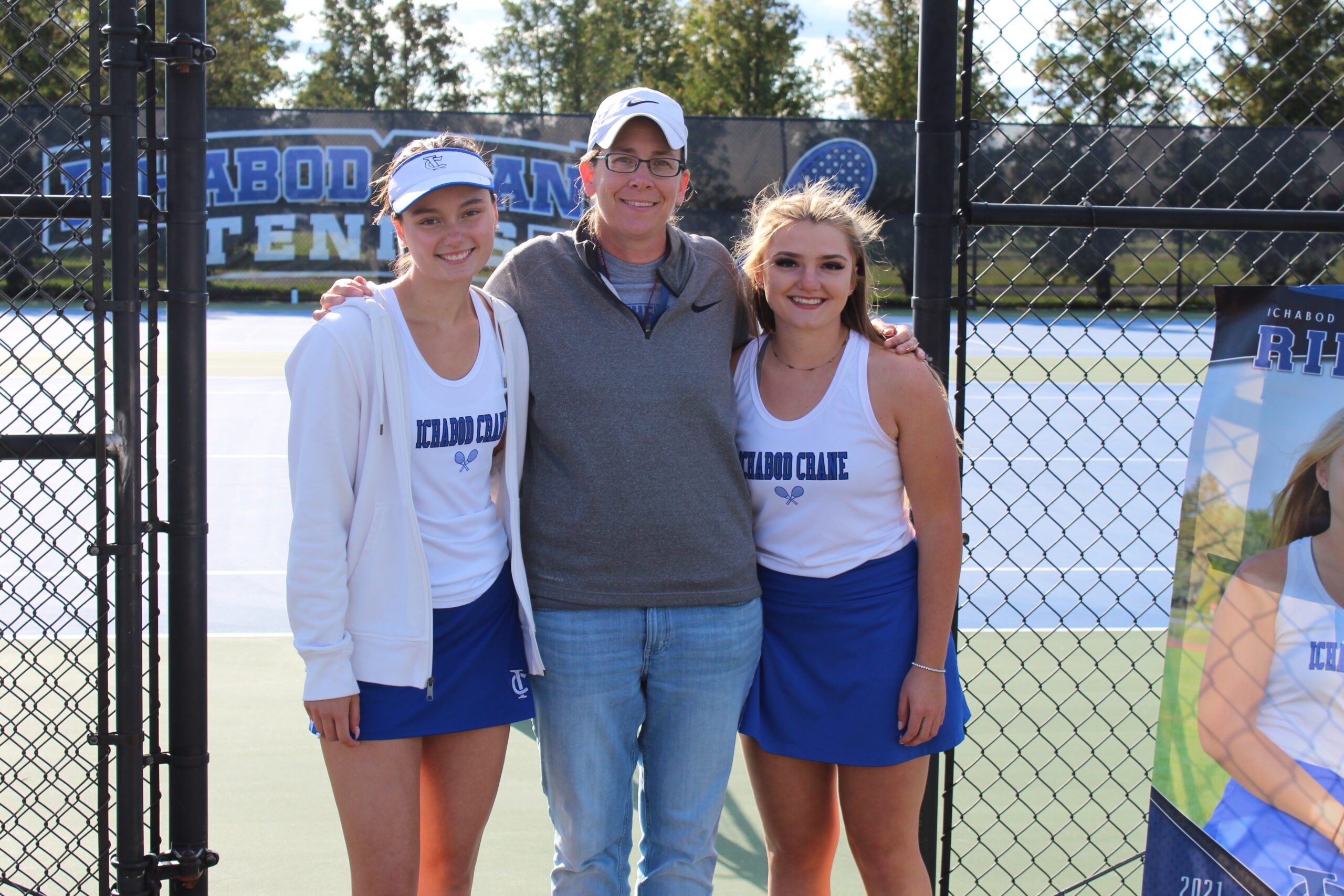 After a strong 2021 season, the Girls Varsity Tennis team lost a close match in the state regionals in Utica to Section III Oneida, 3-2. The girls finished the season a near-perfect 16-1, and continued their impressive 35-match win streak dating back to September 2019.

The team, under Coach Yeats, has won three consecutive Colonial Council titles, four consecutive Section II Class B titles. Additionally, six players went to Individual Sectionals this year, and all six won their first round matches. Shannon Ingham reached Round two in Singles as did the doubles team of Gieger/M.Brennan. The doubles team of Sandagato/Lantzy reached the Round of 16 and Elise Brennan the quarterfinals in singles.

“This is a very special group of players. Many of our players have been playing on the team together for between 4-5 years on the team, and so most have been a part of those four consecutive sectional tennis championships. In addition, most of our singles lineup plays in the offseason which makes a big difference when it comes to being prepared for the regular high school season,” said Yeats.

Yeats says the biggest team accomplishment was the opportunity to play in the state tournament, and that despite losing in the regional round, the team fought hard to the end. Beating strong opponents including Emma Willard, Academy of Holy Names and Albany Academy gave the team momentum to continue their impressive streak.

The two seniors on this year’s team, Elise Brennan and Shannon Ingham have been fixtures on the squad for several years. Brennan has six years of varsity experience, and has played #1 singles since 9th grade. She finished her Ichabod tennis career with a record of 64-15, including 36-2 over the last three seasons. Ingham has been a fixture in Ichabod’s doubles lineup for four years.

Congratulations on another fantastic season!